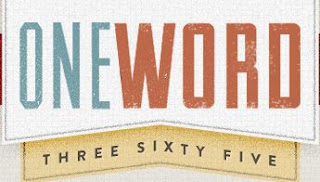 I was encouraged last year through SheLoves Magazine and Alece Ronzino to discover my One Word, a way of setting forth into a new year without creating a list of shoulds and guilt-inducing to-do's.

Resolve comes from a Latin root "resolvere", meaning "to loosen, undo, settle". It indicates determination. It can mean to reduce or disintegrate something, separate it into foundation elements (as in chemical solutions, if my rusty high-school memories serve me right). In musical terms, it means to progress from dissonance to consonance.

I had chosen "Begin" as my word last year, but it didn't feel right. Resolve sort of became a theme as I determined to reduce some of my commitments and sort through some of the habits and behaviors that had become too comfortable for me.

I knew great changes were coming in 2012; my sister, who had always been there to tackle life with me, was getting married and I wanted to work through that transition well by resolving myself as a stronger (no pun intended) person who could be well alone, and by learning better what community will look like in my life.

In 2012, I worked through RESOLVE by a couple of key decisions:

-I started seeing a counselor in June. I wanted to review and get perspective on my habits, neuroses, fears, and relational attitudes. I wanted to get heathy. Counseling has proved to fit more into the "loosen, undo" part of the definition. It's like a big snarl of inaccurate beliefs had knotted up in my soul. Counseling pulls out the threads one by one, straightens them out, shows them up for what they are, names them. Meanwhile, the knot just gets bigger and more gnarled-looking, despite the fact that it's being solved, little by little.

-I reduced some of my major commitments and intentionally freed up some time for focusing on creative work, reading, and relaxation. I set up regular massage appointments, and joined a gym.


This year, I think that while I am still in the process of resolving, the word that I've discovered (I think discover is the right word. In my experience, you really discover a One Word through listening and evaluation, rather than controlling or choosing it) for 2013 is PRACTISE.

That's right, the britishism archaic to us North Americans that distinguishes the verb from the noun form. Once again, it's not the word I wanted. Friends have chosen big words. Freedom. Look. Rejoice. Begin. Awake.

But after dwelling on Practise, I'm liking the challenge.

I'm less good at Practise when it comes to the dailiness where there is only stillness and 'doing the work', where there is little encouragement and less accountability...and when the other option is the snooze button.

So, Practise is my OneWord. I have ideas on what that will look like, but I'll specify that a little more later on.

Have you chose a OneWord, a theme, or made resolutions for 2013?